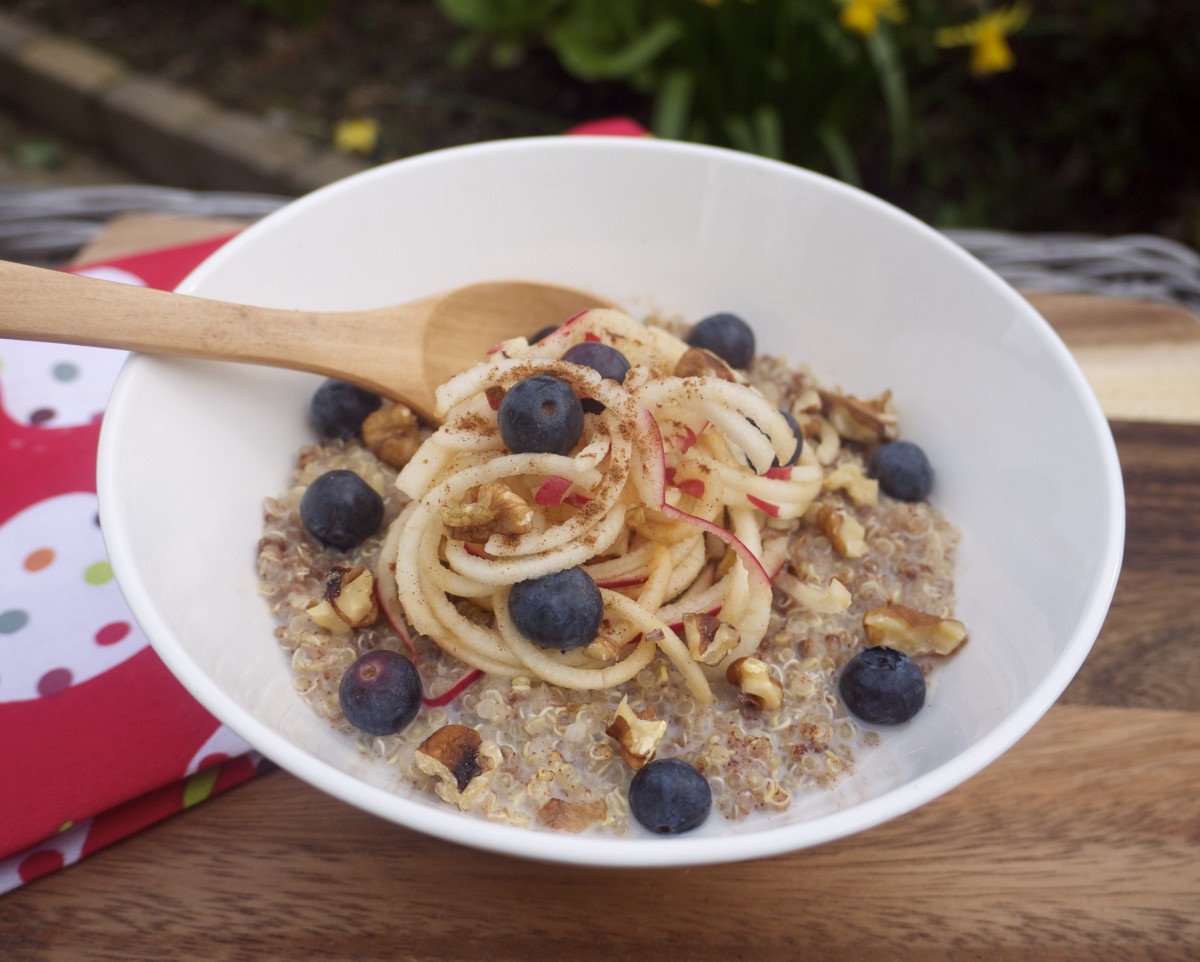 It was good enough for Goldilocks and the three bears! Porridge is a breakfast staple in our house, especially throughout the chilly winter months. Full of fibre and goodness, it can be paired with a huge range of different flavours and it’s super simple to whip up when you’re bleary-eyed with sleep and there are kids/dogs tugging out of you.

A porridge aficionado you may be, but have you ever tried quinoa porridge? It’s a bit like the lighter, sexier, more exotic cousin of oatmeal and packs a much better nutritional punch than good old oats. In fact, it boasts all of the essential amino acids to build lean muscle and repair our bodies from everyday wear and tear, as well as minerals like copper, zinc, manganese and magnesium. That might not mean much to you, but they’re like manna from heaven for your body cells! It’s not even a proper grain either, as quinoa is actually a seed originating from South America, and is naturally gluten-free. So far, so good? 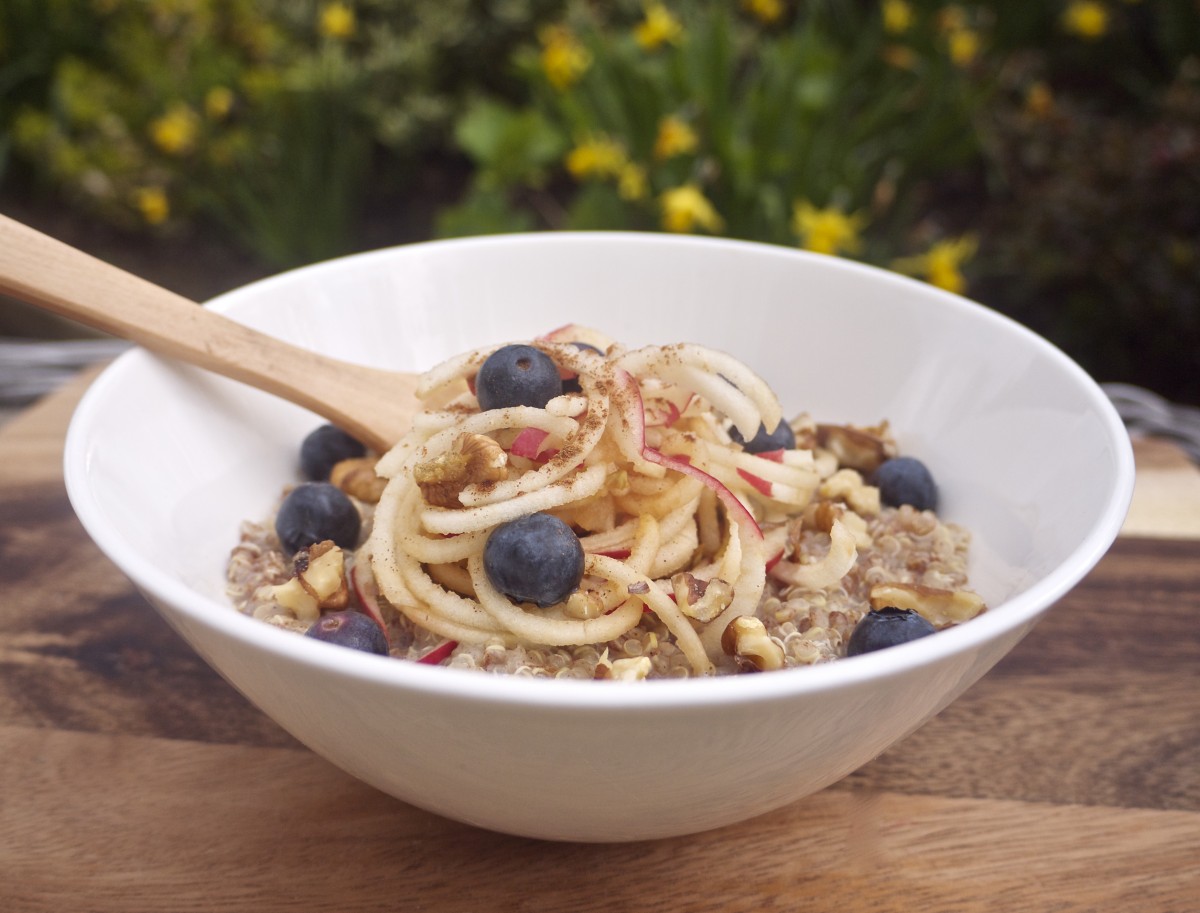 I really wanted to create a quick ‘n’ easy breakfast for summer months, that would feel a little lighter to eat but still fill a hungry tum. And since there seems to have been a load of nasty bugs flying around lately, I decided that it simply must have immune protecting superpowers. Rather a lot of pressure for one little breakfast bowl! Ginger is one of the first spices I turn to (along with garlic) when the sniffles hit, as protects our immune system and contains powerful anti-inflammatory compounds called gingerols. It can also help to ease nausea and digestive disorders, so fresh ginger tea is one of my top remedies for anyone feeling a lil’ queasy. 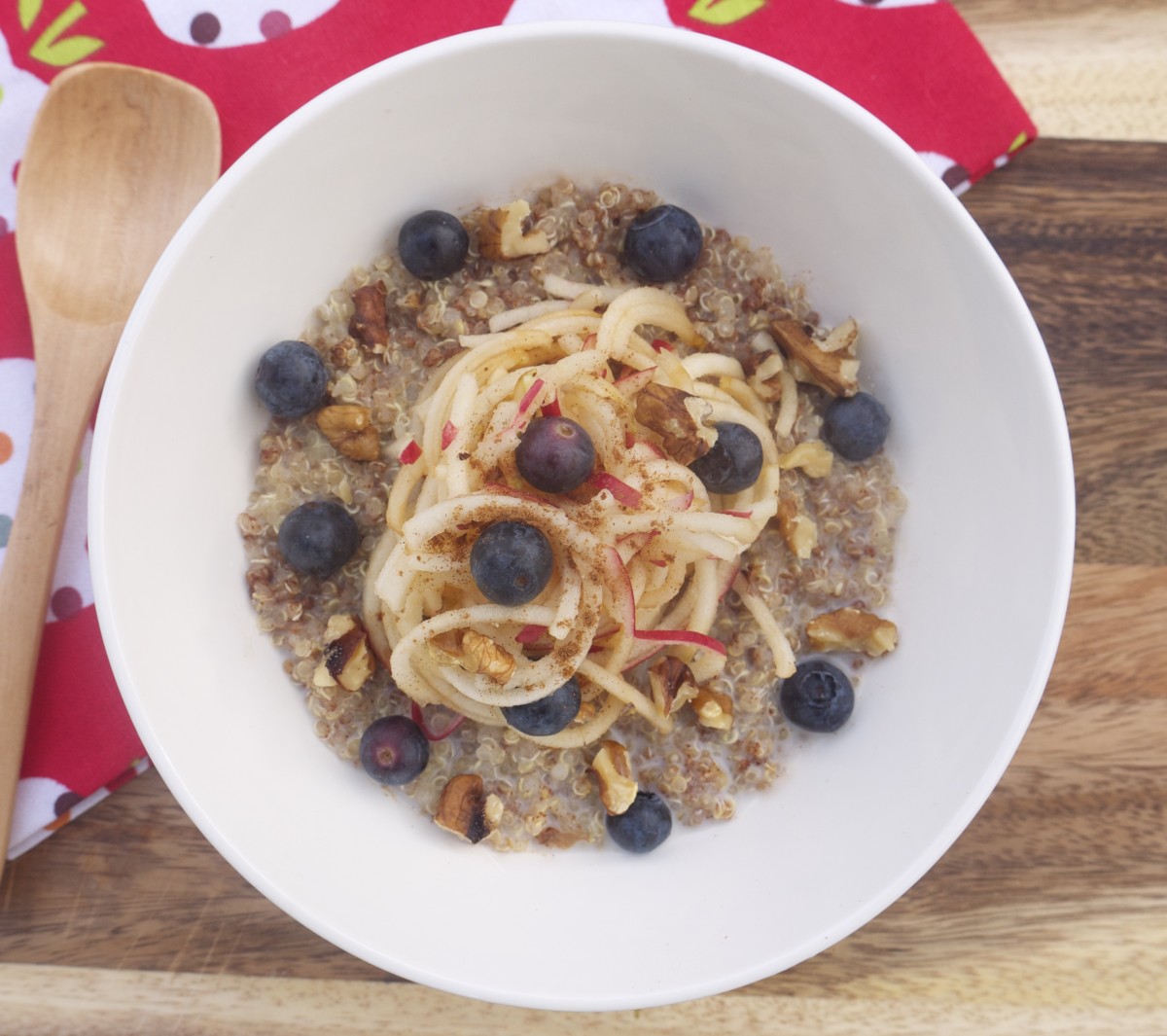 The apple and blueberries contain powerful health-protective phytonutrients, such as quercetin and many types of anthocyanin, a kind of antioxidant. And of course, antioxidants are superstar for slowing down the ageing process, preventing wrinkles and mopping up the free radicals that attack our cells everyday. Younger and fresher-looking skin? YES PLEASE 🙂

The walnuts are not only a crunchy little addition to the porridge here, oh no. They’re brimming with essential omega-3 fats, which dampen down inflammation in our cells and system, and protect each and every cell membrane to keep them supple and strong. You see? Some seriously powerful ingredients in a simple bowl of yum!

I seem to add ground cinnamon to everything I can possibly get away with… within reason (It’s not good with peas and mash, trust me). Cinnamon is a brilliant spice for flavouring dishes with that characteristic warming sweetness, but with absolutely no sugar and tons of minerals. Studies have also found that cinnamon helps to control blood sugar levels and the rate that fat gets laid down in our body. Hurrah! 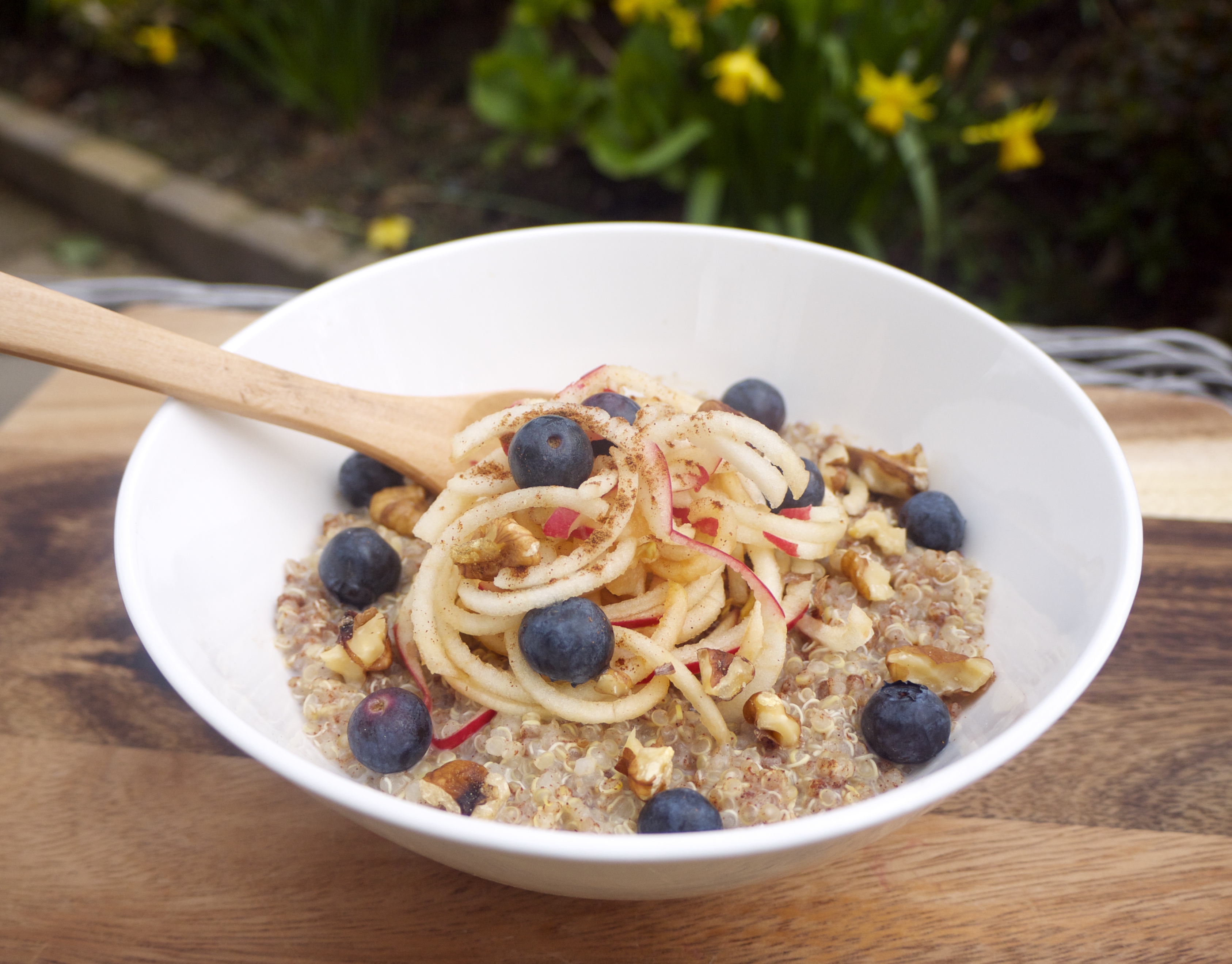