Some of you may have noticed that I never use peanuts or peanut butter in any of my recipes! In fact, I avoid them completely. Let me explain why…

First of all, peanuts are technically a legume rather than a nut, and highly allergenic for a large amount of people. Have you ever been on an airplane when it’s announced that there’s a passenger on board with a severe nut allergy? It’s a serious allergy that can cause anaphylactic shock and even death. One of the major reasons for this is because peanuts tend to contain fungi and moulds, and those that aren’t certified organic are one of the foods most heavily sprayed with pesticides found in the diet.

As T. Colin Campbell explains in The China Study, peanuts tend to be contaminated with the carcinogenic and toxic mould, called aflatoxin, which he found to cause liver cancer to develop in those already eating a diet rich in animal protein.

Peanuts are listed as one of the top ten most ‘myco-toxic’ foods, after a study showed that twenty-four different types of fungi colonised the inside of peanuts, even after the exterior of the peanut was sterilised. So when you eat peanuts, you’re potentially consuming both the moulds and the mycotoxins. The same issues apply with peanut butters – as tasty as they are!

Other studies have also confirmed that peanuts can become contaminated with aflatoxin, the most toxic type of mycotoxins and pose a serious risk for liver and kidney cancer.

A 2014 study found that 91% of commercial peanut butter samples used were contaminated with aflatoxins, and aflatoxin B1 was the most prevalent type. Aflatoxin B1 was named on the list of human carcinogens as a potent chemical carcinogen, by The International Agency for Research on Cancer.

So what’s the alternative? Well, I tend to use almond butter a lot in my recipes, such as today’s Maple Melts, because it’s rich in vitamin E, an antioxidant vitamin that helps to protect our cells from oxidative stress – and prevent our skin from premature ageing. Hurray!

Almond butter is also a decent source of B vitamins for energy levels, magnesium to help us relax, zinc for a strengthened immune system, calcium for healthy and normal muscle function and bone mass, fibre for digestive health and essential omega-6 fatty acids. It’s also a useful source of protein in the diet, with varying quantities of all essential amino acids and 6.6g of total protein per 2 tablespoon serving. 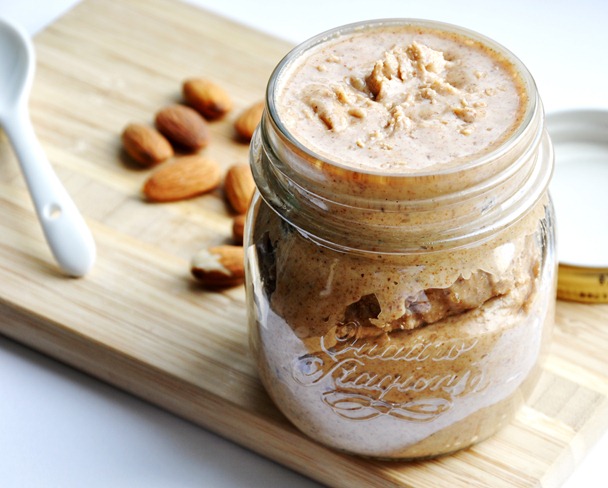 Hazelnut butter and various seed butters are also great options to help fill you up and stabilise blood sugar levels. I love pumpkin seed, sesame seed and tahini, which is also an excellent source of plant-based calcium!