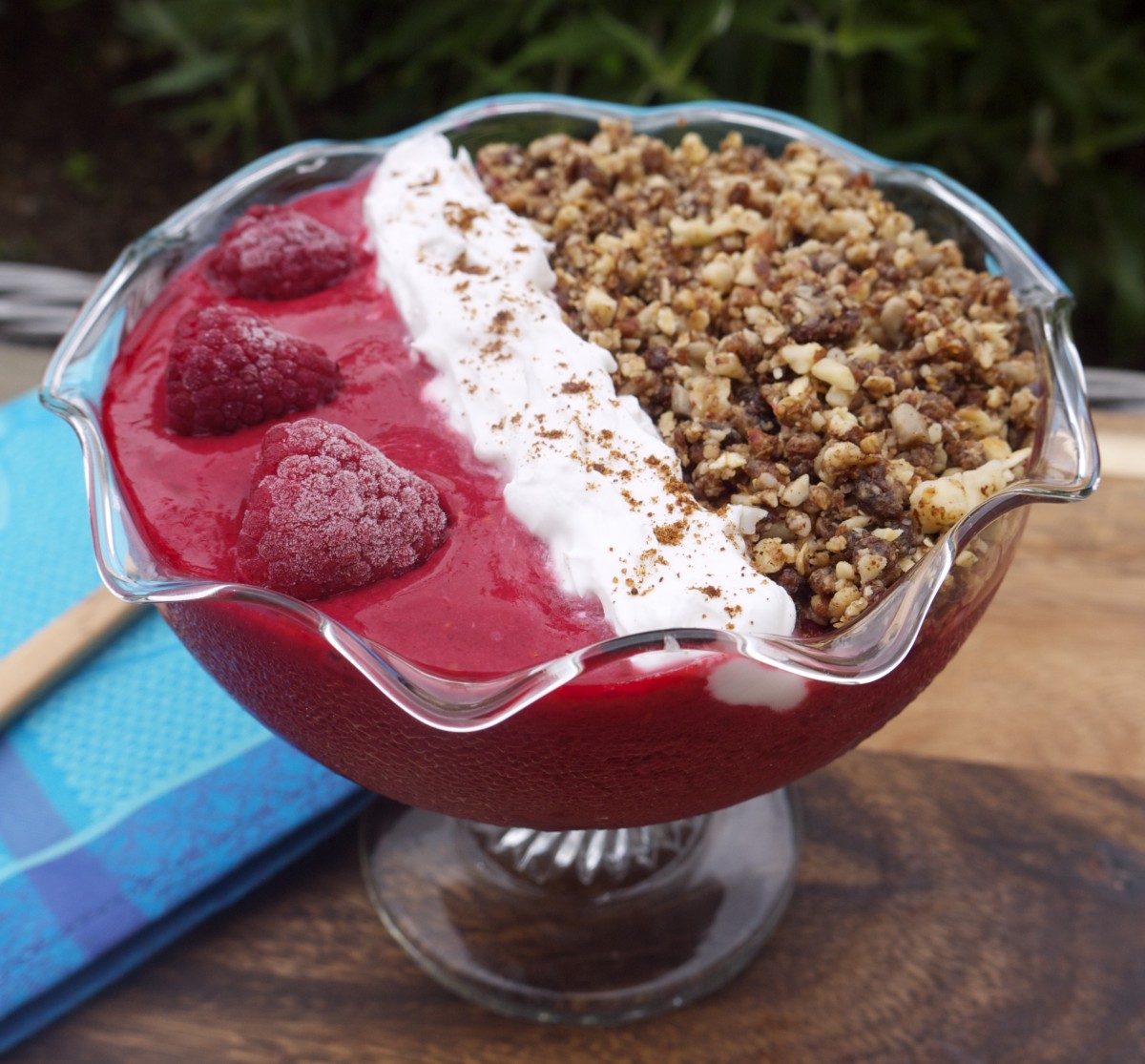 With summer berries in season and so easily available in shops and supermarkets, I’ve been thinking fondly of the recipes that my mum used to make using the raspberries from her own garden. I used to help her to pick huge baskets of the fruit, which she would then use to make jams and puddings. 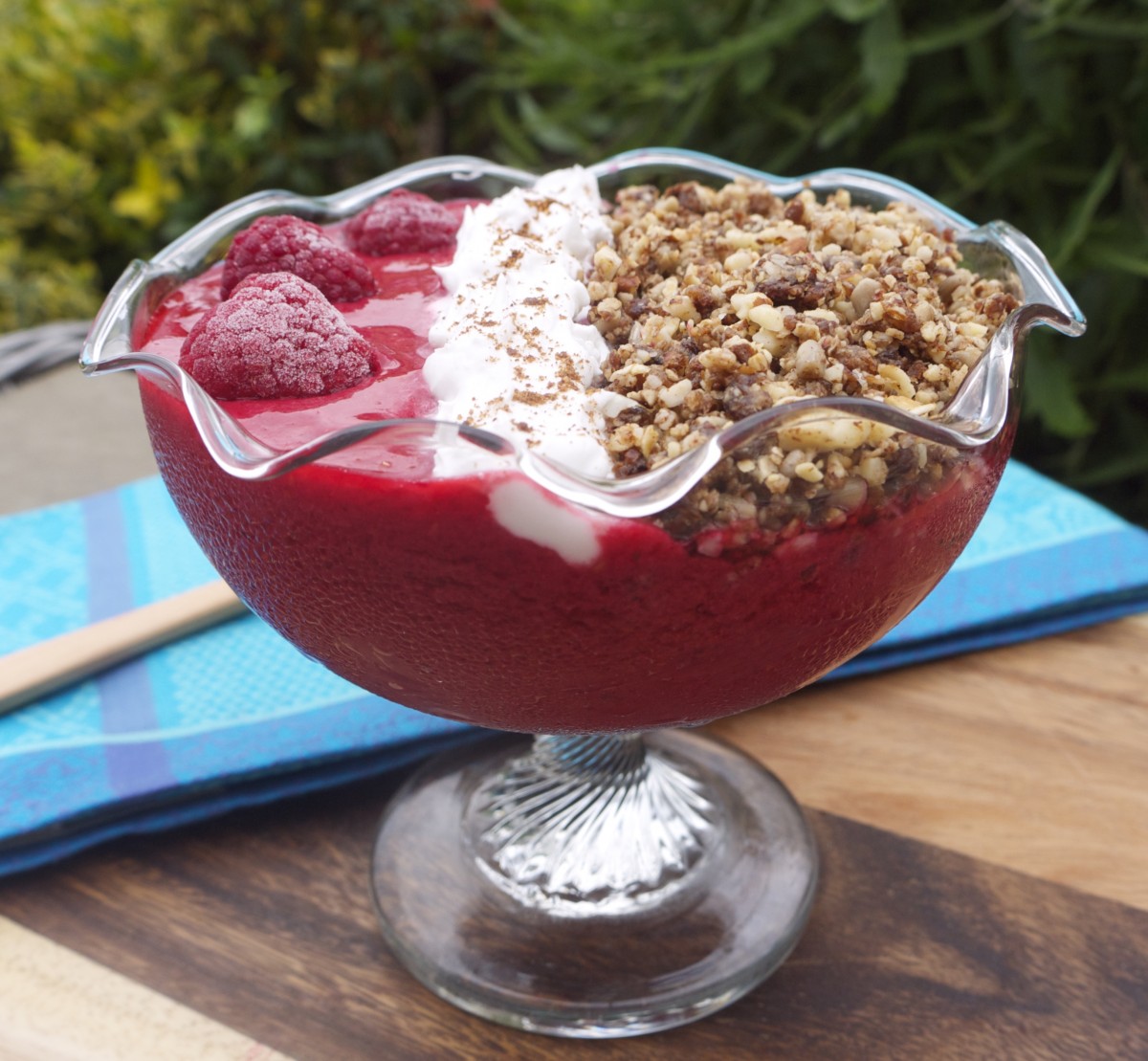 One of my favourite desserts was a raspberry crumble, served with a huge dollop of whipped cream! So I began thinking about how I could make a healthier and preferably raw version… and came up with this creation! 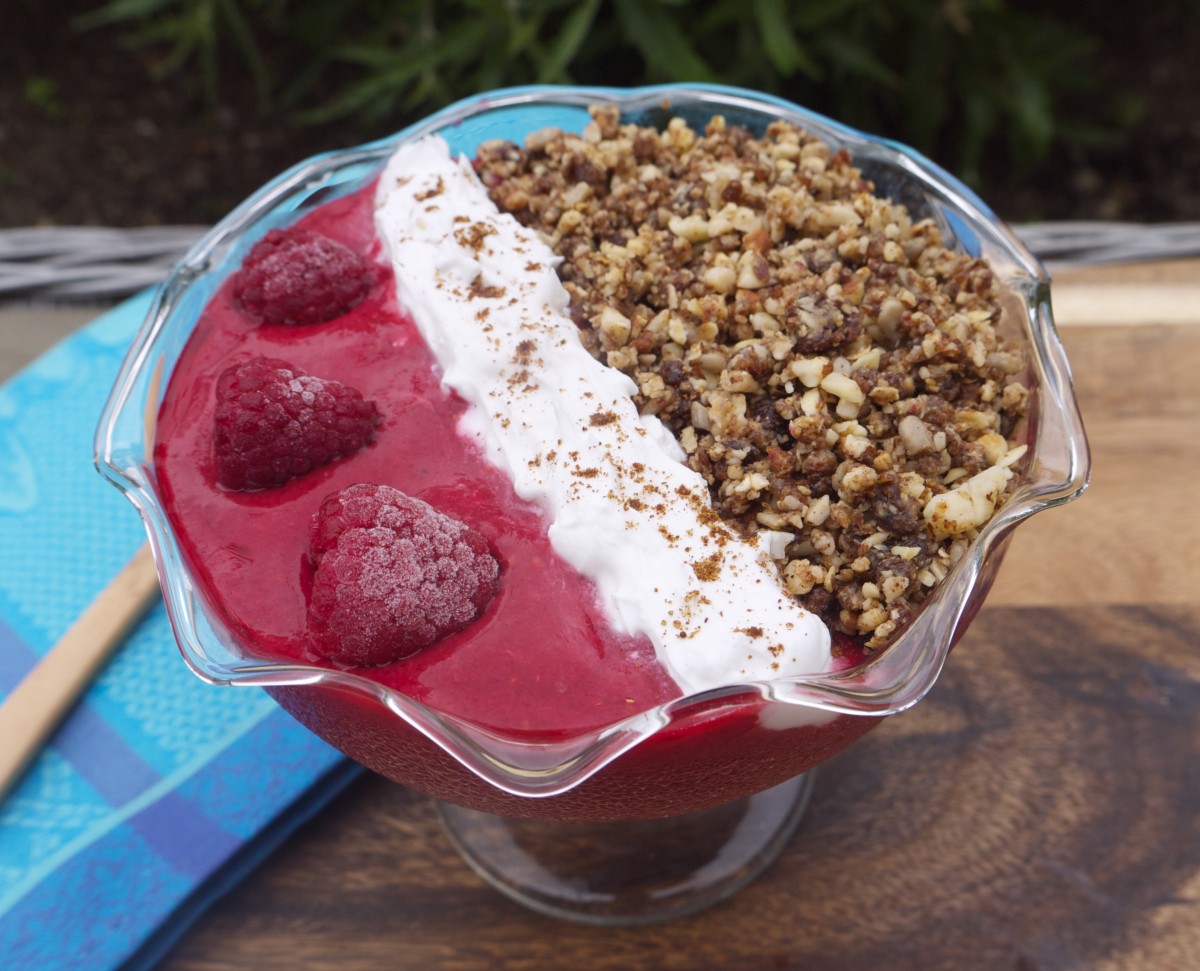 I always keep a few punnets of berries in my freezer, and the smoothie base here is simply frozen raspberries whizzed up in the blender with some banana and ground flaxseed to help thicken it up. I added vanilla to bring out the summery flavour of the raspberries.

But they don’t just taste delicious, they’re also rich in the antioxidants that help to protect our skin from cellular damage. That’s why I eat berries everyday! 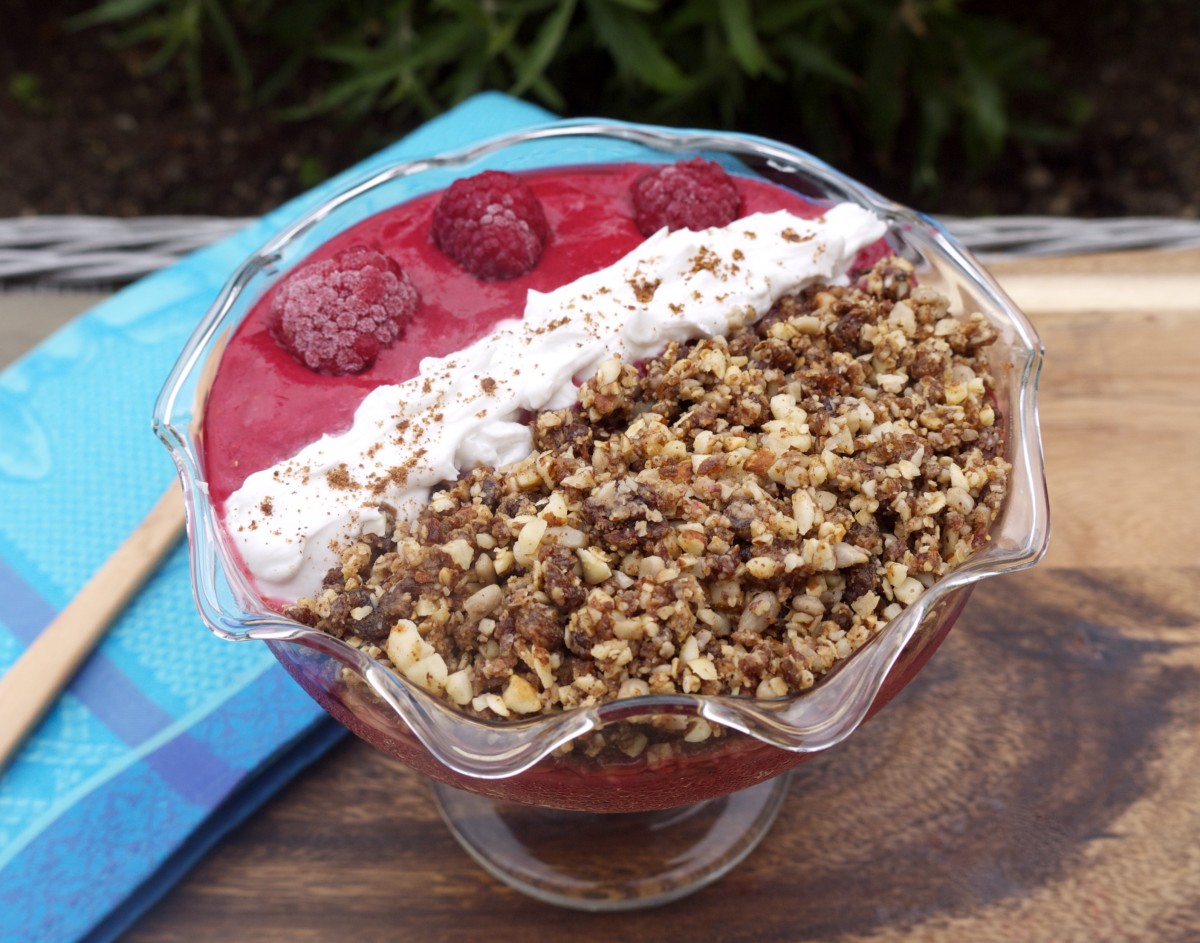 The crumble here is simply made from lightly toasted pecans, raw almonds, sunflower seeds, almond butter, raisins and mixed ground spice, which gives the crumble its fragrant cake taste! The recipe below makes quite a big batch of crumble, but it refrigerates well and can be sprinkled over smoothies or eaten with more coconut milk yoghurt as a granola 🙂 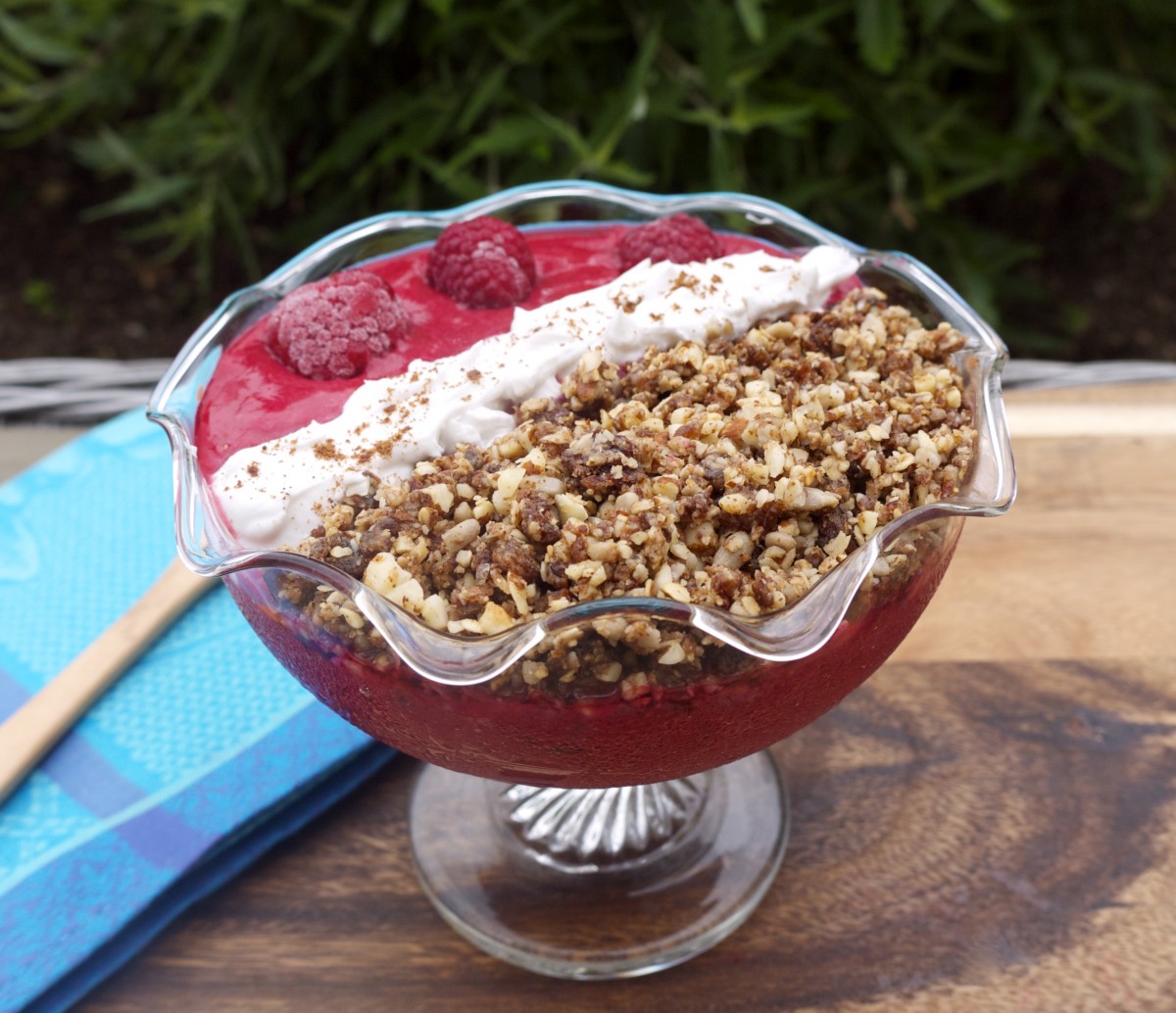 Then rather than using cream, I’ve added Coyo coconut milk yoghurt, sprinkled with a little cinnamon.

I ate this for breakfast, but it would work just as well as a healthy dessert 🙂 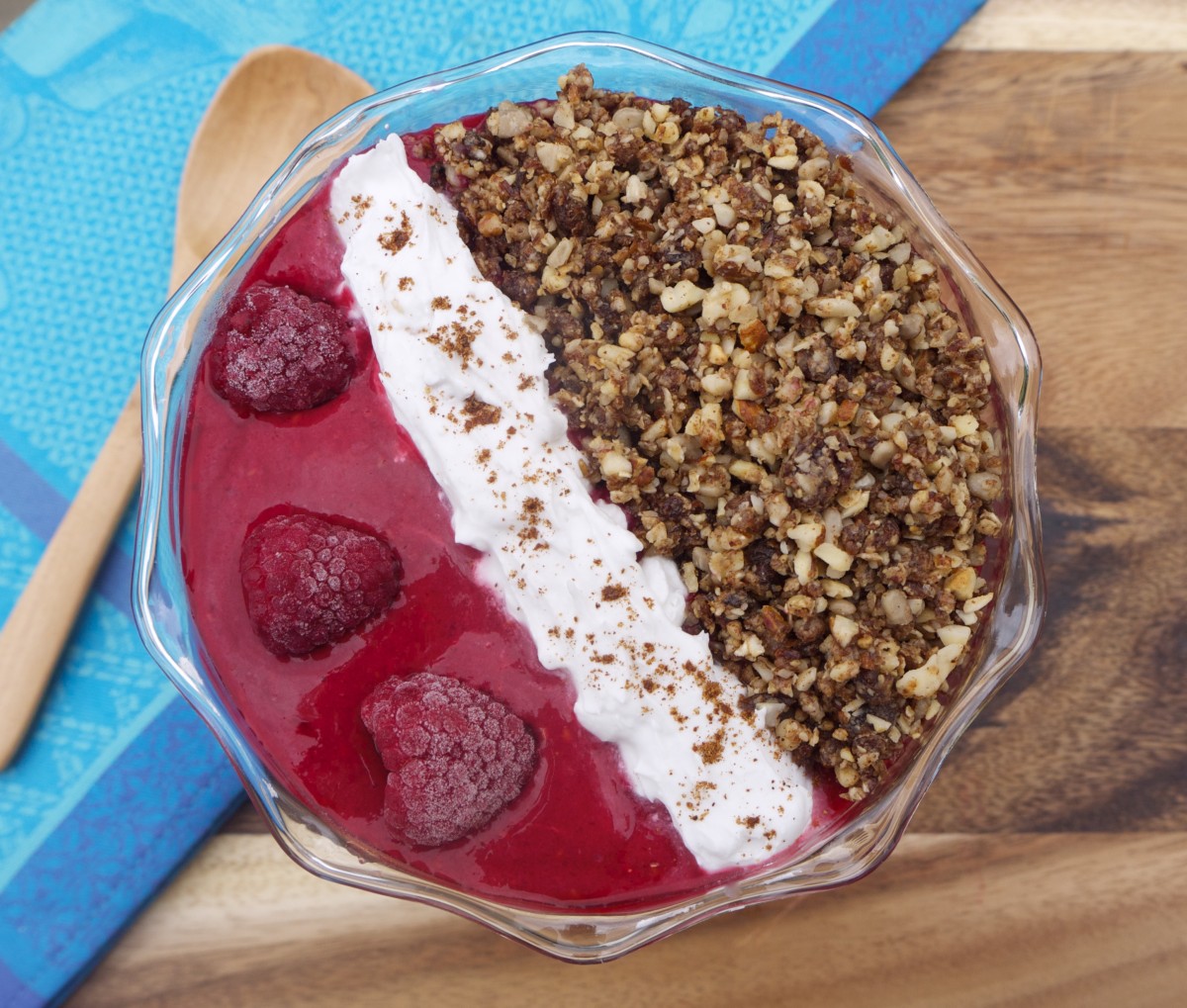 Let me know if you give this smoothie bowl a go and I love to see all your creations on social media! Simply tag #RosannaDavisonNutrition on Instagram or Twitter or come on over to my Facebook to say hello and don’t forget to enter my Chia Bia Competition!